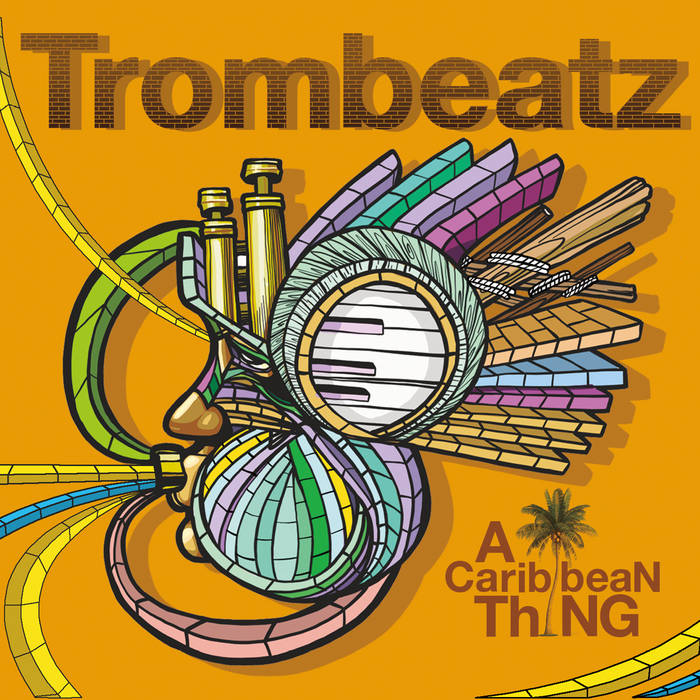 According to trombonist and musical director Hommy Ramos, "'A Caribbean Thing' is an invitation to The Caribbean experience through music. The title invites you to want to know more about The Caribbean as a geographic region: its culture and the music.

I started my musical studies at The Escuela Libre de Musica in San Juan, Puerto Rico. At the age of 14, I started working professionally. I received scholarships to attend Berklee College of Music in Boston, Massachusetts in the year 2000. This is how I came to begin a relationship with bassist Luques Curtis and his brother, pianist Zaccai Curtis. I graduated in 2003 from Berklee, and decided to go to New York City to study and earn a master's degree at Queens College, where I graudated in 2005. Since then, I have been working as a side-man and forming what is now 'TROMBEATZ MUSIC', and its first production 'A Caribbean Thing'.

I appear on a recording by the LEGENDARY conguero, Mr. Candido Camero, titled “The Master”, as well as on the Ralph Irizarry and 'Timbalaye' album “20th Anniversary”. In addition, I participated in the production of 'I Like it Like That' with vocalist Tito Nieves, and I am currently on tour with the Flaco Navaja and his 'One Man Latin Show', 'Evolution of a 'Sonero''. Aside from that, I'm a regular side-man with The Steven Oquendo 'Latin Jazz' Orchestra, The Eddie Montalvo Orchestra and The Spanish Harlem Orchestra.

The members of 'Trombeatz' are all professional artists, but above all they are friends whose only interest is to create and disseminate music. Nelson Bello is the percussion conga player. We met while working together in different 'Latin' bands during my studies in Boston. At that time, I had no idea that Nelson too had long ties with The Curtis Brothers. Nelson is a friend and my right hand man, who is in charge of representing 'Trombeatz', in addition to his excellent work as a percussionist. Joel Mateo is a Puerto Rican drummer based in New York City. We performed together with several artists of great caliber, in addition to shared appearances on recordings with Truth Revolution Recording Collective Artists. Vibraphonist Felipe Fournier is from Costa Rica, while bassist Alex 'Apolo' Ayala hails from Puerto Rico. I had the pleasure of discovering them while I was teaching at The Puerto Rico Music Conservatory. I immediately recognized their respective skills as musicians. Years later, they made the move to New York City, and have become an integral part of the 'Trombeatz' family.

My inspiration for creating this album came from the need to produce and present my music without any obstacles. This is the idea of creating “Trombeatz Music”, where, under said brand, I can present productions, which feature the compositions of artists who belong to and collaborate with “Trombeatz Music”.

The compositional process is always a rare occurrence for me, because I may get an idea at an inopportune moment, and that's when I have to leave what I'm doing, in order to record or copy the idea, so that I won’t forget it.. Once the tune is presented to the group, we play it in several presentations before it is recorded

My experience in recording this album was one of constant learning and laughter. There were some difficult moments, but each moment presented a learning experience. One of many highlights was sharing the bandstand, and seeing band members’ faces when they saw some of the invited guests in action. These are all unforgettable memories.

This album, 'A Caribbean Thing', is the first one. It is a complete feeling of satisfaction to be able to achieve something that took a lot of time and dedication. It was a great experience, and it is unique.

This album was created to present the compositions and musical ideas of the members of this aggregation, and at the same time, it serves as a representational platform for each of them in their respective careers."

All compositions and arrangements by Hommy Ramos Vizcarrondo (BMI), with the exception of "Guanajuato", composed and arranged by Felipe Fournier (registered in ACAM)

Produced at Allertone Studio and Tropical Recording in The Bronx, New York

Graphic Layout and Design by Emmanuel Rodriguez and Zaccai Curtis