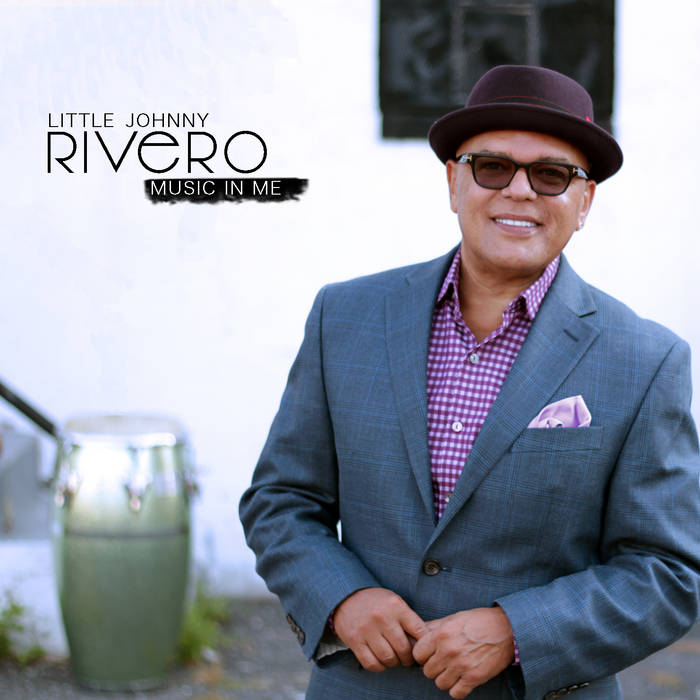 jmzendana Oh my goodness, where do I start!!! I have been searching for this album after hearing a POWERFUL track "Africa My Land" on a certain radio station. This is nothing like my ears have ever heard anywhere....original! This music gives me goose bumps! I wish to own this masterpiece of work in physical form as I take pride in owning CD's. Please advise how I can get it; I'm based in South Africa, Johanessburg.

The music in Little Johnny Rivero…

With one foot rooted in his native Puerto Rico, and the other firmly planted in his adopted home of New York City’s El Barrio, it is only fitting that Little Johnny Rivero’s second solo effort, Music In Me, delivers its Latin-Jazz groove with underpinnings of traditional Afro-Cuban percussion and rhythms. From the relentless, driving bata voicing in “Alambique,” to the haunting background tribal chants that color “Africa My Land,” to the staccato horn runs peppered throughout the album’s title track “Music In Me,” the album delivers a unified theme of jazzy improvisation with percussive color.

The sentiment behind the songs, in the words of Little Johnny…

Mr. LP: This song is dedicated to [L.P. Founder] Martin Cohen, who has been a dear friend, father figure and an inspiration throughout my life.
Without him, I would not be the musician or person that I am today. He IS “Mr. LP”. Conrad Herwig’s trombone solo takes this song to the next level.

Music In Me: Ever since I was a young boy, I listened to a wide range of music, including Tito Rodriguez, Tito Puente, Machito, Art Blakey & The Jazz Messengers, Tony Bennett…all of which my father had in his record collection. Across the street, there were always rumba jams; hence the name “Music In Me”. Inside of me is a Latin Jazz Rumba.

Let’s Do It Again: I first played this song with Zaccai and Luques Curtis at my friend Martin Cohen’s house several years ago. When I told Zaccai how much I liked the tune, he literally said, “Let’s do it again!” Zaccai’s piano solo conveys the spontaneity of this particular take and Ludwig Afonso does a great job of closing the song with his amazing
virtuosity.

Little Giants: This is what I describe as a Latin Jazz Mambo. It’s a fast, energetic tune, featuring a killer solo on bongos by Anthony Carillo and Jonathan Powell on trumpet, adding movement and passion to the song. The song’s title was inspired by Andy Guzman [the song’s arranger], who once told me, “You’re not little, Johnny…you’re a GIANT!”

Palmieri, Much Respect: Eddie Palmieri is a genius. Learning from him was an experience that helped shape me, to become the musician that I am today. He respects all musicians and expects the most from us, which we are pleased to deliver. This song is a smooth cha-cha-cha that makes me think of being on a smooth trip with Eddie. I play timbales on this song, and, coincidentally, Eddie played timbales at a young age before he played piano.


Africa My Land: To me, all drumming has its origins in Africa. As a percussionist, I felt compelled to pay tribute to these roots, so I played a variety of percussion on the track, including udu drums and talking drums. The chants by Manny Mieles’ and myself are meant to convey the heart and soul of Africa. Giovanni Almonte contributes his poetry to the song,elevating the emphasis on the debt our music is owed to the motherland.

Bombazúl: This tune features the original barril de bombas. Once you hear this song, you’ll feel like you’re looking at the simple beauty of a clear, blue sky. Louis Fouché’s sax adds just the right amount of color to the feel of this tune.

Afro-Rykan Thoughts: This track brings in the funk! I wanted something different and this is it. You don’t usually hear percussion solos in this type of music, but it works really well here. We had a blast recording it, it has a jam band vibe to it. When Brian Lynch and Louis Fouché play their solos, they take it to the moon!

Alambique: In Isla Verde, San Juan, Puerto Rico, there’s a beach called Alambique, where all of the rumberos would hang out and jam back in the 80’s. That beach holds a special place in my heart; and the movement of this tune reminds me of the sun, sand and camaraderie we all had. Luisito Quintero and Alfredo de la Fé take amazing solos on this song.

MF DOOM is given his flowers, plus appearances from MC Jada Imani and Stanley Ipkuss