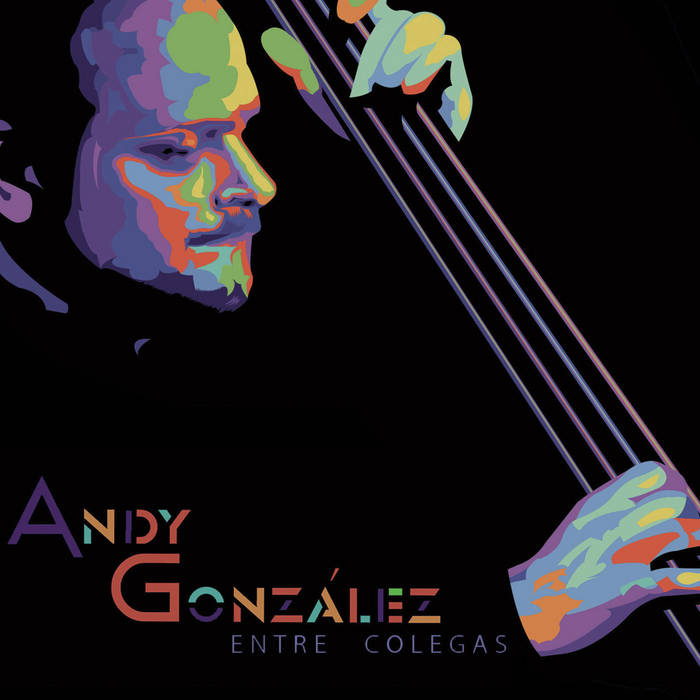 I never received a Tracking Number or a message to let me know that my cd was shipped.

Udo Betz Andy Gonzáles is for sure one of the greatest latin masters on bass!
This album is a must for all latin fans and for sure for all bassplayers that are interested in afro cuban grooves! Favorite track: Inspiración De Cachao.

Arjen Thanks for this nice collection Andy,and the very best to you from an old fan! I've enjoyed your playing and been astonished at your time for many years. Saludos de un viejito del bajo mayor. Favorite track: The Addams Family.

zaccai curtis Can't wait for the release date! the Single is off the chain!

raggedstag It's just really good Latin jazz, what else can I say? the mostly instrumental songs really stand pout in my opinions, such as Viques and Aguinaldo

nelsongo Was impressed by the playing and the spirit of the recording. My regards to all of you. Great Playing by Nelson Gonzalez and you as usual. Impressed by David Oquendo's talent! Hope you keep fighting the good fight, congratulations on your solo release, looking forward to more. Favorite track: Dialysis Blues.


In a career that spans almost 50 years and roughly 1000 recordings as a co-leader, producer, musical director, and sideman, Andy Gonzalez is arguably one of the most important bass players of his generation.

His impressive body of work transcends time and genres, beginning with the Latin Jazz Quintet at the age of 13; followed by foundational contributions to the Fort Apache Band, led by his brother, Jerry Gonzalez and Grupo Folklorico Experimental Nuevayorquino, an inter-generational collective of Latinos (Puerto Ricans and Cubans) whose music offered a fresh alternative to the commercial world of salsa. Andy is also the co-leader and musical director for the killer dance band, Manny Oquendo and Libre.

The repertoire offers the listener a glimpse into Andy’s inmost being and reflects his diverse taste in music. Unlike the vast majority of his recordings, which feature brass and horn ensembles, Entré Colegas focuses on guitars, strings and Latin jazz with folkloric elements. Andy imagines it as, “Django Reinhardt goes to Cuba and Puerto Rico.”

The music conjures up the sound and spirit of the historic Cuban Jam Sessions and the spontaneous descargas that took place in the basement of the Gonzalez home in the South Bronx, where Andy, Jerry and other artists cut their teeth under the gaze of Latin music historian Rene Lopez.

Many of the musicians who participated in the sessions have long-standing associations with Andy that go back to his childhood and early years as a fledgling musician. Others are colleagues, students and emerging artists that Andy wished to showcase, particularly, cuatro player, Orlando Santiago, who Andy cites as an inspiration and a game changer.

The sessions were joyful and challenging, particularly for Andy, who experienced fatigue and stiffness in his hands as a result of dialysis. Ben Lapidus eloquently captures the atmosphere and spirit of the sessions in the liner notes: “Once everyone was in the studio, there was no dialysis, no illness, no fatigue; there was only the creation of beautiful music.”

Entré Colegas captures Andy’s essence and creative force. Truth Revolution Records is proud to present the first recording to bear his name and invites you to take part in the celebration of a musical genius and a live well lived.


“There was a very positive vibe in the studio. The proof is in the music. Listen and enjoy.”
Andy González